Voices from the Merry Cemetery

From Sighetu Marmatiei, towards West, on the 183 County Road, one can arrive to Sapanta, the well known old shepherd village, where tourists can admire and choose the famous Maramures rugs, hats, country costumes or visit the famous “Merry Cemetery”. The village is situated in north-western Romania, in Maramures county, on Tisa river, at the foot of the Ignis Mountains, Eastern Carpathians, at 500m altitude and 95km distance from the town of Satu Mare. It is right on the border with Ukraine, near the confluence of the Tisa and Sapanta rivers. It is also well known for its bicarbonate, chloride, sodium, calcium, carbonated and isotonic mineral water springs with therapeutic effects. The settlement counts approximately 5000 inhabitants and about 58 square miles, including meadows, terraces, hills and mountains. The place is dominated by Piatra Sapantei, an impressive volcanic formation. The settlement has borders with Certeze, Satu Mare County, the city of Baia Mare and Remeti, Campulung la Tisa, Sarasau, Sighet, Giulesti and OcnaSugatag localities, Maramures County. Sapanta was certified in October 30, 1373 under the name of “Zapancha”.

Two thirds of the old Maramures belong now to Ukraine, where, north from Tisa river, in the Ukrainian Transcarpathian region, as Ukrainians call it, live many Romanians. There, by the eleventh century, large estates belonged to the nobles, including Dragosesti family, where Dragos, the first attested ruler of Moldavia, came from.

This family also owned the Peri estate, on the right bank of Tisa River, where, it seems, at the end of the XIIth century or at the beginning of the thirteenth century, a hermitage had been founded, dedicated to StMichael the Archangel, the Dragosesti protector. The tradition of the Ramet Monastery links the foundation of the Peri hermitage with the work of Romulus and Gennady hieromonks, who are supposed to have left the place at about 1215, when founding the Monastery of St. Archangel Michael, in Perii Maramuresului. Research on this important cultural monument Romanian still continues. It is certain that, in the first half of the fourteenth century, the hesychastic communities on the Upper Tisa gathered at Peri Hermitage, which Dragos Voda 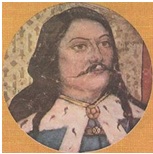 and his brother, Drag of Bedeu, had endowed with lands and other goods, building a church with the same name as the old Monastery. According to other sources, Peri Monastery was (re) founded by ruler Sas and his sons Balc and Drag, all coming from the above mentioned Dragosesti family, around 1389.
Following BogdanVoda, who forged the independence of Moldova, Balcu and Drag brothers have ruled the Land of Maramures, as princes for 30 years. Their biggest desire was to free this land, under the Hungarian domination at the time. In order to achieve this sacred goal, an important step was to find a way so that the Orthodox Church would not to be subject to any foreign bishops. In doing so, they have obtained approval to build the Monastery of St. Archangel Michael in Peri, with jurisdiction over the churches of Maramures and seven other lands. Abbot Pachomius, closely related to Dragos Voda, was invested with the powers of a bishop. Venerable Pachomius founded the calligraphy school in Peri. The eight stavropigial lands under the jurisdiction of the Upper Tisza were: Maramures, Salaj, Arva, Ugocea, Beregul, Ciceu, Ungurasul and Almasul Bihorean. On August 13, 1391 Peri Monastery was established with episcopal powers and its first bishop was Simion Moldoveanul. 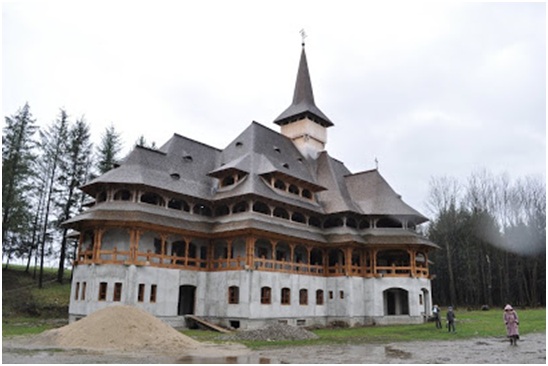 Peri monastery became a spiritual center of the north of Romania. At Peri there was also a seminar whose graduates were to serve, as priests, in churches of this area. The monks painstakingly copied education and sermon books for priests, monks and singers. Those who spoke foreign languages translated books into Romanian, for example, in 1391, “The Legend of Sunday.” Some researchers consider this legend as the oldest text in Romanian language discovered so far. The Rhotacising texts, of paramount importance for the history of the Romanian language, were written here, as well. In Peri excerpts from the Bible were being translated for the first time in Romanian. Some of them have been preserved until today. Four parts of “Codex Voronetean” were written here, followed by “The Psalter of Schei”, “The Psalter of Voronet”, “Hurmuzachi Psalter” etc. At Peri monastery a printing house used to function. They printed a few books, two of which in Romanian and three in Slavonic. Dozens of Orthodox bishops resided in the historical Maramures, including Joseph Stoica, who translated into Romanian the “Gospel” and the “Molitvelnic”. The hierarch Iosif Stoica was canonized by the Holy Synod in 1992, known as Saint Joseph the Confessor of Maramures, commemorated by the Romanian Orthodox Church on April 24th.

The Monastery of Peri ceased to exist in 1703, during the anti-Habsburg uprising led by Francis II Rákóczi. The bishop and the monks were expelled, the lands and the assets were confiscated by the Hungarians, the outhouses were destroyed, the church was burned to the ground and its ruins were demolished. After the Second World War, the town of Peri was taken, with all northern Maramures, by the U.S.S.R., and today it belongs to Ukraine. Its neighbors are Apsa de Jos, to the East, Tramba – to the North, and Taras – to the West, all with predominantly Romanian population. To the south it is bordered by the Tisa river at very little distance from Sapanta. From the ancient monastery only a few rocks are left. Phoenix bird – Finisc in medieval Romanian – is an appropriate symbol for the fate of this great foundation, because it resurrected from its own ashes. As Justin Leon Lutai wrote in an album dedicated to this holy place,

“The prayers of the bishops, of the rulers, of our ancestors, of the venerable Pachomius and of St. Joseph Confessor were heard by God, and when time has come, the revival of the ancient Monastery began. Because of the changes of the borders, it could not be rebuilt in Ukraine, but in Sapinta, where the historical thread continues”. 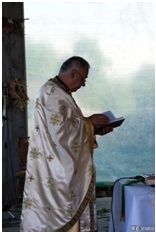 At the initiative and through the endeavors of the Gregory Lutai, the parish priest of Sapanta, with the approval of the church authorities, Peri Monastery was reopened, very close to the old one. They chose as location for this holy shelter the Arboretum “Orchard”, with over 22 hectares of Sapanta border. In 1991, a crucifix was consecrated and, in the summer of 1997, the cornerstone of the future church of the “Monastery” St. Archangel Michael “Sapanta – Peri was laid.

The tallest wooden building in Europe 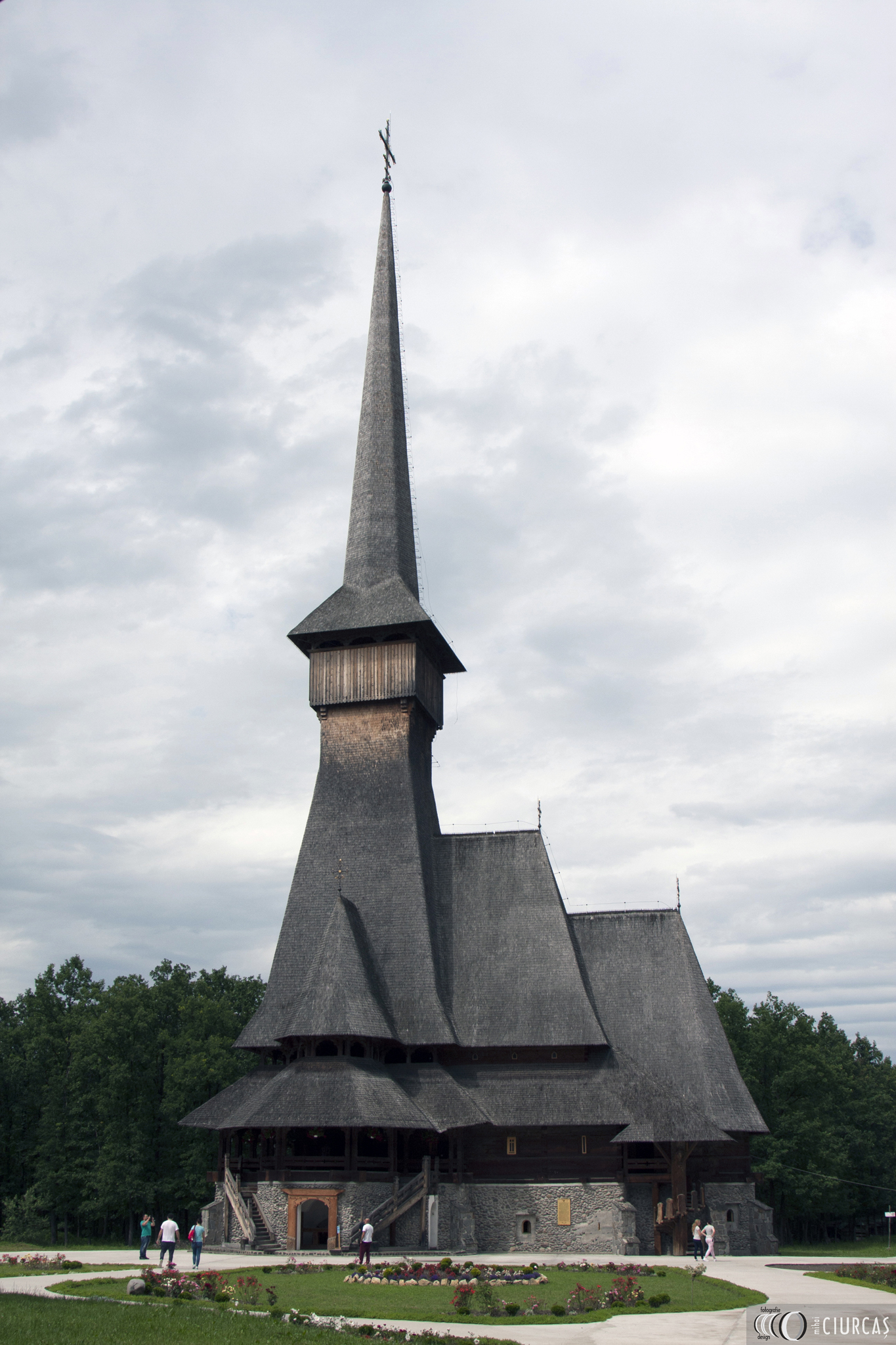 The beautifully inlaid inscription of the new monument says:

“With the will of the Father, this holy church was built, founded by the family Carmen and Grigore Adamescu, to extend the memory of the famous Monastery of St. Archangel Michael from Peri, became stauropegial of the Ecumenical Patriarchate of Constantinople in the year 1391. The project of the church was designed by the architect Dorel Cordos, under the care of Gregory Lutai, spiritual father of the parish community of Sapinta, with the support of his family, his wife, Ioana, priests ClaudiuIustin and Ilie Lutai, of the carpenters guided by Ioan Stiupei and of hundreds of Orthodox believers “.

Peri Monastery Church is the tallest building in wood (oak) in Europe, reaching 75 m from the ground to the top. The cross of the spire is 7 meters (23 feet) tall and weighs 430 kg (68 stones). The four crosses of the church are gilded with 4.30 kg of gold, a gift of its founders. The tourists who come to Sapanta, Romanians and foreigners, are astonished in front of this masterpiece, which is already considered a historical monument destined to remind us the old monastery over Tisa. 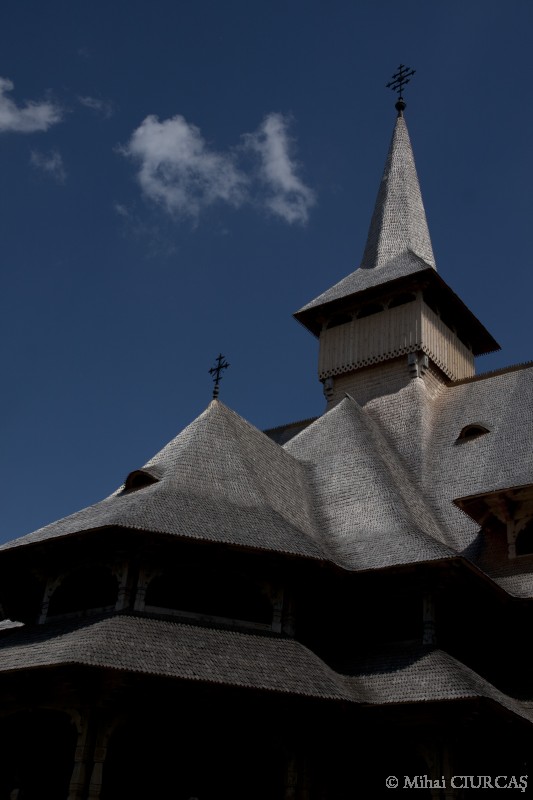 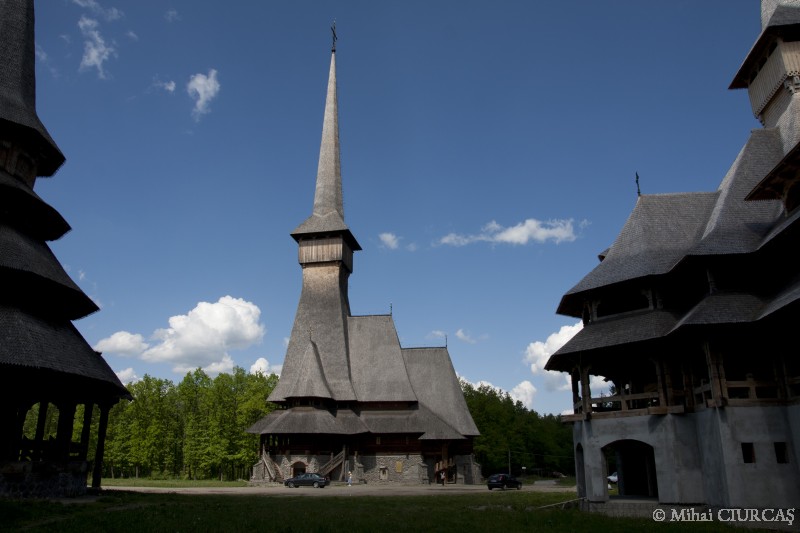 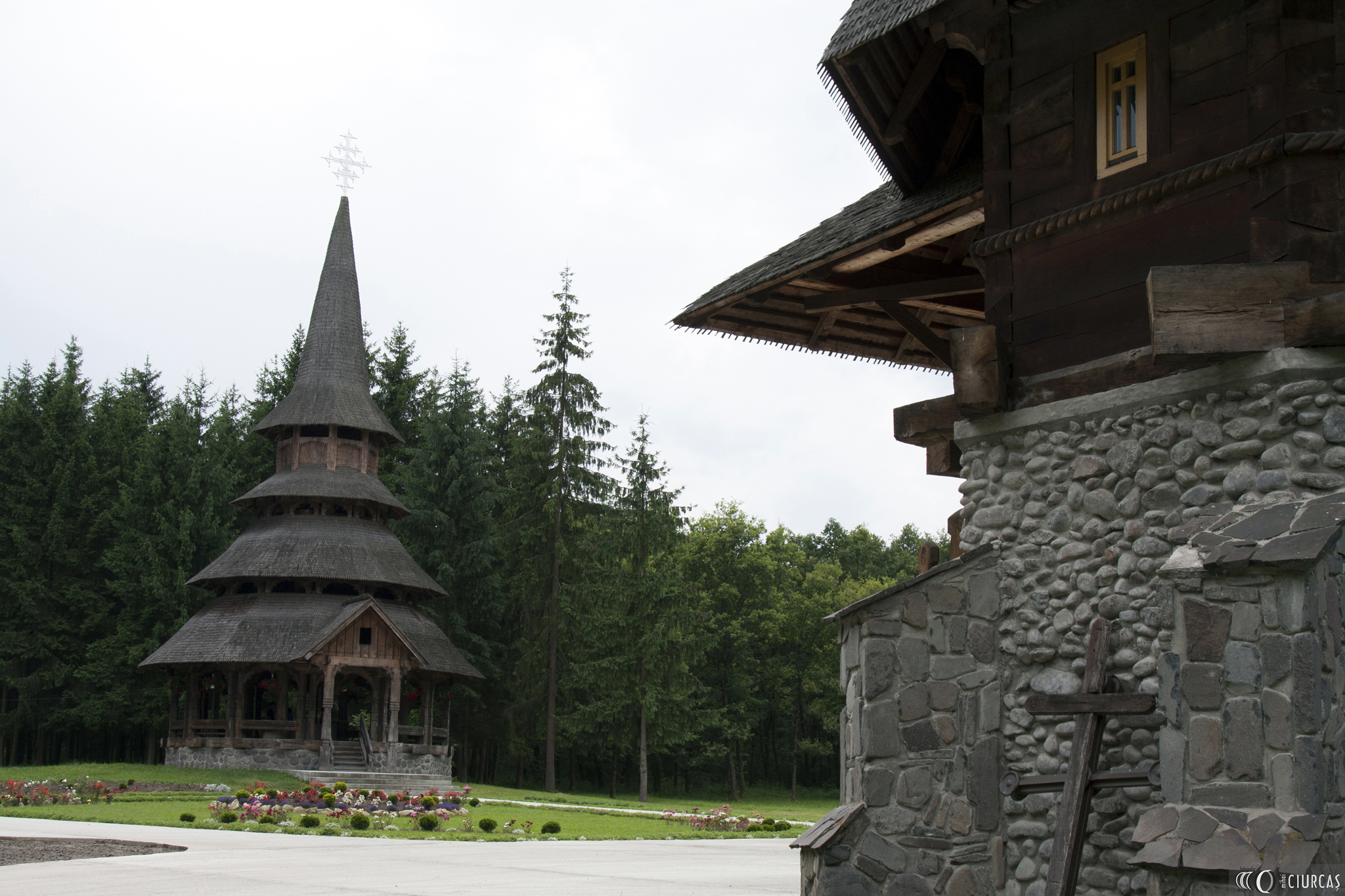 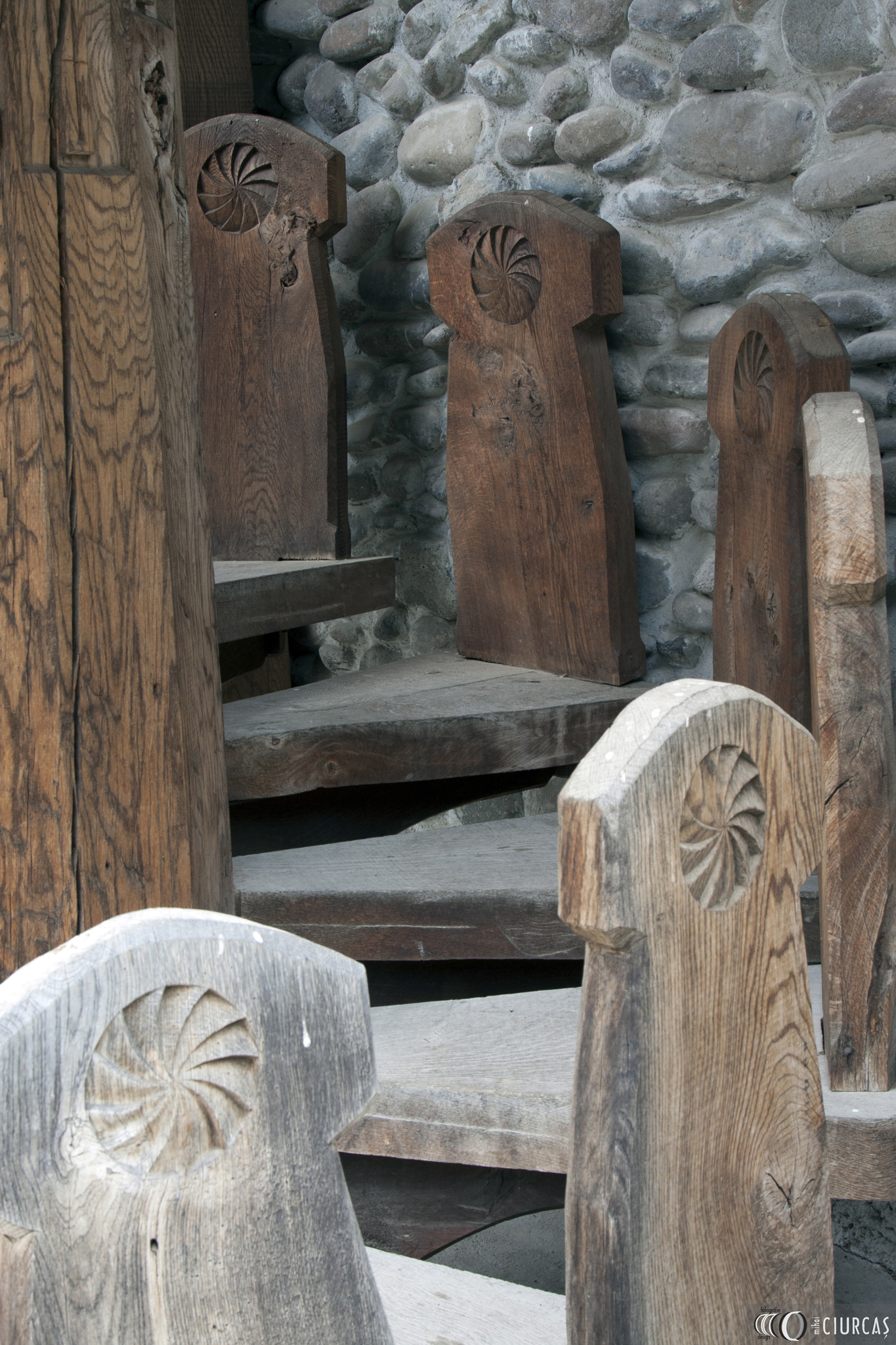 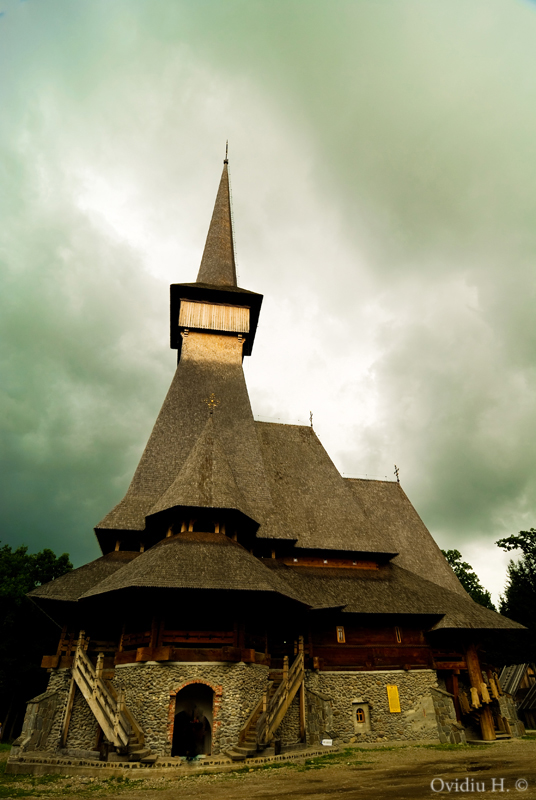 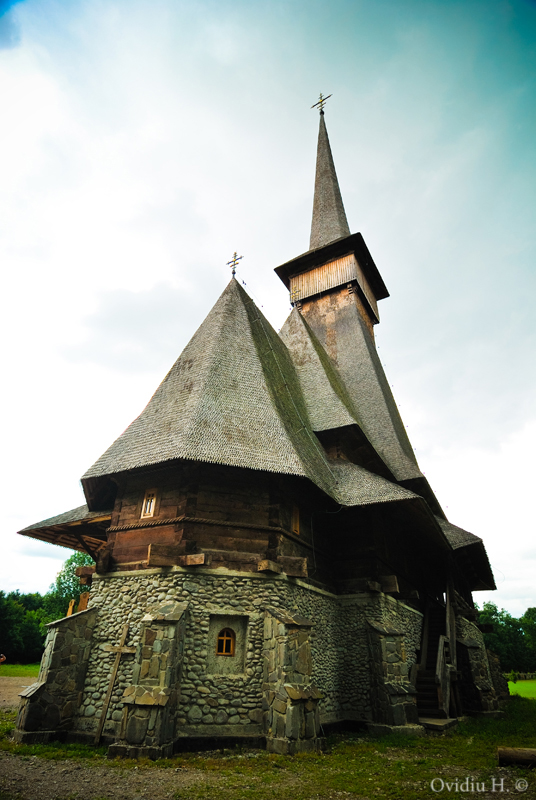 A cemetery joyful and sad 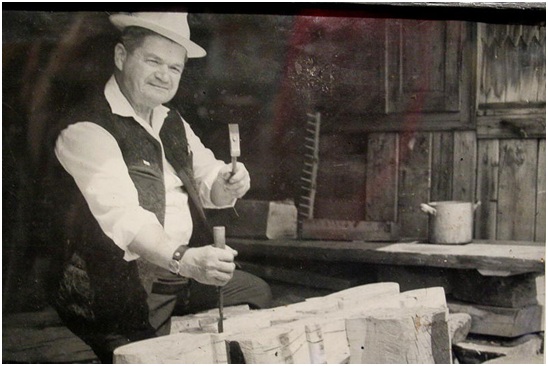 In 1934, Stan Ion Patras, a carpenter, stood out when carving the first verse of an epitaph of a cross from Sapanta. At the
beginning, he was carving about 10 crosses per year and he preferred the oak wood. Usually, an epitaph was a short poem, written in the first person, with archaisms but also with unexpected neologisms and expressions of the region. Some of these poems were cheerful, describing the foibles of the deceased ones; others were tragic, of incredible depth. The cemetery was filled with these carved and painted crosses, inlaid with lyrics, and the master became famous not only in his country, but also abroad. The name of this ensemble, unique in the world, “Merry Cemetery”, does not belong to Patras and he didn’t like it too much either. The name came from a French tourist who exclaimed: “This is a merry cemetery!” and so it remained until today. From 1934 and until his death, in 1977, Patras crafted around 700 crosses.
Of all his disciples, the one truly capable to successfully follow the tradition was Dumitru Pop Tincu.

He now lives in the household where Patras lived, which he bought from the two daughters of his master.